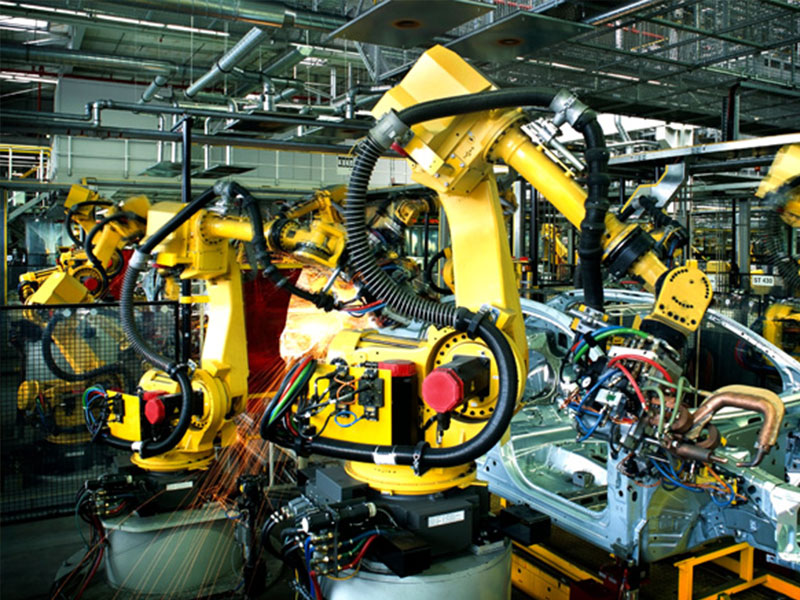 Machine vision and machine vision systems as expressions of a technology that keeps up with the times and sometimes anticipates them.

It is difficult to fully understand how vast and important the technological achievements of recent years have been without an overview of the evolving world of industry. And it is essential, for this, to have a clear idea of what is involved in what has now been generically accepted as the new industrial revolution. Gaining awareness will be the first step toward understanding the inherent potential of the new monitoring, classification and intervention systems provided by modern machine vision systems.

According to statistics, our country ranks second in Europe for the amount of production it is able to generate.

But it is not the product that we want to call into question to determine what has led historians to talk about the fourth industrial revolution, and give so much importance to machine vision systems. Instead, what caused, with a profound domino-effect, a substantial and profound change was the shift from a system that required in each of its modules the presence of labor, to an almost completely automated system. This predominance of artificial intelligence at the expense of human labor has had another fairly predictable effect. The level of interconnectedness within industrial production has changed, being able to become more firm and articulate.

What, indeed, are the situations where we can see the shift to Industry 4.0 and more accurate and versatile machine vision systems?

Let’s look at some of them.

We started from a general order of things in which the human imparted specific commands to the machine and ensured, through an active and interactive presence, that the tasks were performed. As data reading and communication systems within machine processors improved, it was possible to reach a level of perfection that subverted the very order of things.

The machine, equipped with the latest machine vision systems, is capable not only of analyzing and storing any data and details, but also of drawing on its internal historical memory to contemplate otherwise unpredictable variables of behavior. In a nutshell, the machine is able to learn from its experiences and treasure what it has acquired, so that it can possibly call upon a particular piece of data at a later date.

3-D printing, communications between artificial systems, robotics, etc. Everything hints at a slow, but progressive, creep of a fictitious, mechanical reality within the actual reality we know. And although this comes at the expense of the sensations, the perceptions that define what surrounds us by making it real, it is undeniable that augmented reality allows us to obtain, and disseminate, information never before imagined. Just think of the contexts to which humans began to have access only from the moment they were able, through virtual reality, to take their knowledge and skills outside their little known world.

One revolution after another. What will be the last one?

Industry 4.0 almost has the flavor of a slang, a modern and technologically correct way of placing in time an event that rests on ancient roots. Until now we have always resorted to the use of ordinal numbers, convenient and practical for placing each revolution in its place relative to the times and relative to its predecessors. A creative term like Industry 4.0 will surely help us remember collateral and related features. That is, all the small but steady steps that have led us to modern industrial vision systems.

The fourth industrial revolution follows the events of our time.

On the one hand, the automation of many systems previously entrusted to human supervision has rendered some figures essentially useless. On the other, the very coldness and inherent limitation of a mechanical technological system makes a human mind capable of thinking in terms of problem solving and creativity wonderful and indispensable. Completing the picture is a good predisposition for critical thinking, which is essential for recognizing and overcoming non-objective limitations.

What steps have enabled the creation of new and sophisticated machine vision systems?

There are three main characteristics that define Industry 4.0, according to commonly accepted analysis criteria.

With a view to achieving the highest level of energy sustainability, a large part of the focus is on the constant improvement of the most common energy systems. For a system to be considered optimal, it should contemplate a significant reduction in consumption and, consequently, waste.

Every element of the assembly line undergoes a thorough analysis aimed at structural and performance improvement. We improve the selection and training of personnel so that they are able to relate to the most advanced mechanical and technological systems.

It includes all forms of integration that can be contemplated, contextually with IT systems, but also with human (business) and social structures that can provide for internal quality optimization.

We find a rather simple concrete example in the analysis of selection and inspection systems that are generically applied at the end of an assembly line. Previously, this task was occupied by individuals, and the results were necessarily tied to the speed and operation of those individuals. Modern machine vision systems have dramatically reduced the need to rely on the erratic and sometimes unpredictable attention of humans and have made the process almost entirely automated.

Algorithms, objective decision-making capabilities and increasingly deep selection techniques have made artificial intelligence capable of processing more data than human vision, creating correlations and layers that the human mind could not achieve.

One tool that has proven, again, to be instrumental in bringing about change has certainly been the application of deep learning to machine vision systems.

Making use of deep learning means putting the machine in a position to recognize patterns, patterns, imperfections, and potential interventions without the need for intrusion by an external technician. Each piece of data, processed through artificial reproduction of the human brain’s neural systems, has ramifications that allow it to be used in the immediate or archived for future patterns. With this self-learning system, the machine is able to generate tailored solutions, precisely tailored around the needs of the context and perfectly manageable through modern machine vision systems.