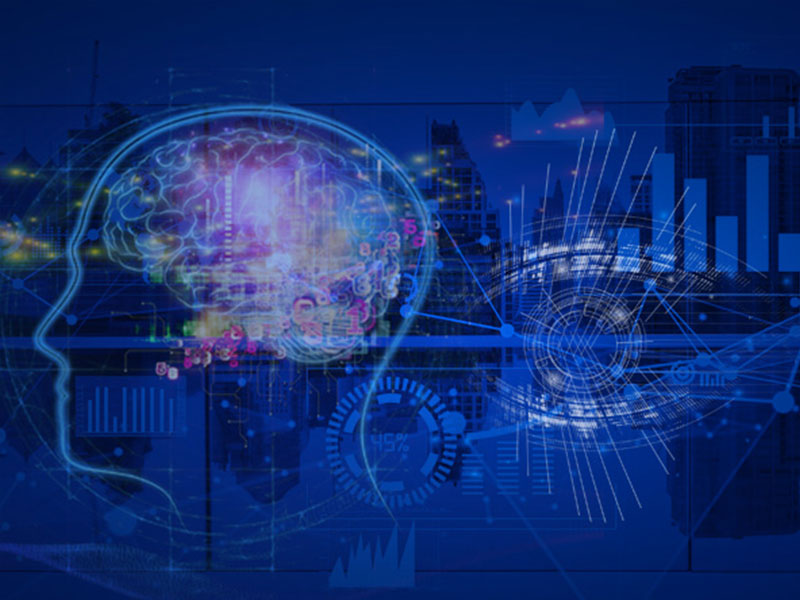 What are they? How do they work? What benefits do they provide us?

It is almost impossible, at present, to quantify the number of innovations being introduced to the industry and technology market on a daily scale. What still surprises us, however, is how. The quantity of production continues to grow not only exponentially, but also in proportion to the quality of production itself. Contextually with machine vision systems, what does this mean?

Trivially, it can be summarized with an example: how was the reality we know today, when the instruments of measurement and evaluation were exclusively our eyes?

Let us try to imagine the processes of study and analysis, the way they were conceived and applied before the spread of computer vision systems. Science and medicine were fallible arts, more akin perhaps to magic and esotericism. Certainly, they were not assimilated to disciplines capable of determining not only the quality of a man’s life, but also its duration.

Some argue that the turning point in the evolutionary process can be traced back to the birth of the first microscope.

An enchanting and crude prototype for modern computer vision systems, the microscope allowed man, for the first time, to look further. For real. Beyond what sight suggested to him. Beyond popular belief. Beyond what touch indicated to him and the keen mind insinuated. Beyond appearance, to the very heart of his own nature.

Without the study of particles, we would not have machine vision systems capable of allowing human sight to penetrate through tissues and elements. Science, technology, industry and medicine would not be able to make use of modern and effective instrumentation that is constantly on the cutting edge. Because beyond our daily lives, applications of the most versatile computer vision systems have enabled results that would have been unattainable just a few years ago. Perhaps even unimaginable.

Just think of some of the recent achievements.

1.     The use of autonomous submarine vehicles, equipped with advanced instrumentation, made it possible to locate the carcass of a submarine considered to be lost. Its depth of nine hundred and twenty meters below sea level had until now made the search impossible. This is in context with the inability of older systems to distinguish accurate shapes under such a massive amount of water and in the absence of light.

We can consider, this, an unassailable proof of the quality of services that good computer vision systems are able to offer. But also proof, for the benefit of the most skeptical, that the marriage of man and machine is possible. And that it possesses advantages that can only make us look forward to all future innovations with curiosity and participation.

What modern computer vision systems do is create layers. That is, layers of varying depth through which to process visual solutions that can equal, and possibly exceed, the quality of the human eye’s glance.

But in order for machine vision systems to prove so accurate, it was necessary to abandon rigid traditional mental systems and accommodate a more flexible interplay of perspectives, depths, variables and predictions. Making the machine capable of looking, and then teaching it how to extrapolate from what it sees only what is necessary in order to complete the task assigned to it.

2.     The creation of aircraft capable of flying without an actual pilot operating them from the inside. And, concurrently with their deployment, the creation of aerial mapping and detection systems capable of preventing accidental collision between multiple aircraft passing through the same area.

Machines do not replace us. We equip them with eyes and harness them to do what we would do ourselves, but with greatly reduced expenditure of energy. If not nonexistent.

What was missing, for artificial intelligence to be able to interact with our reality?

Eyes. Our conception of reality expressed in a technologically understandable language.

We could have included from the outset a host of automata to handle the differentiation between items to be retained and those to be discarded, at the end of industrial process. But how would we have explained to them, or shown them, the features to refer to in order to apply the distinction we needed, without machine vision systems?

A human relies on his vision and the classifications he is able to apply, whether innate or learned in the course of growing up. He recognizes flaws, differences, discrepancies. He applies a selection and in the time of a few moments is able to recognize one defective piece among ten perfect ones. Even where the defect is reduced to an almost invisible, entirely negligible detail.

3.     The creation of agricultural machinery that can generate its own mapping of the field and, through that, move safely between the plants and the crop. Of plants are then able to determine maturity and problems so as to facilitate, if necessary, early intervention.

Crucial for both large retailers and the small farmer, this system allows them to constantly monitor crop developments and intervene where necessary, drastically reducing the cost of losses.

This capability is comparable to that previously found, in adapting modern machine vision systems to radiological and diagnostic tools in medicine. It is through a monitor, in fact, that we are now able to detect internal pathologies, lesions or malformations, deficiencies, alterations.

What is behind this rapid and swirling growth in the quality of data analysis and prediction?

What we call deep learning.

Its purpose, as the form of “deep learning” it refers to suggests, is to automate and possibly facilitate the study and comparison of multiple data surfaces.

It is, for example, the principle that allows smartphones to recognize a face or a graphical feature and draw complex or very simple conclusions from it (such as unlocking a screen, confirming a password, identifying one’s user…).

Deep learning, like the experiences gained by a child while growing up, allows artificial intelligence to range beyond traditional machine learning. Through deep learning it obtains notions that would otherwise be precluded. These notions are channeled through a system modeled, as one can easily imagine, after the neural networks used by humans and encoded through algorithms.

A true intelligence, then, capable of processing images or storing them for later comparison. But not only that. Able to determine whether what it sees is correct or defective, and whether the margin of error is tolerable or decisive.

Contextually with computer vision systems, this innovation enables the creation of enough layers of thought to generate what in human data processing are likened to abstractions. The more abstractions, the more variables the machine is able to contemplate, the more numerous will be the circumstances it is able to anticipate, discard or deal with.

The possibility already inherent in its mechanical nature of storing the data it acquires, then, provides access to a database of formative “experiences.” Memories of previous contexts that it can draw on to generate a system of growth and improvement entirely akin to the human one.

We have created the machines. Now, let us try to give them the ability to see with our eyes and draw from what they see considerations similar to our own. If not objectively better.