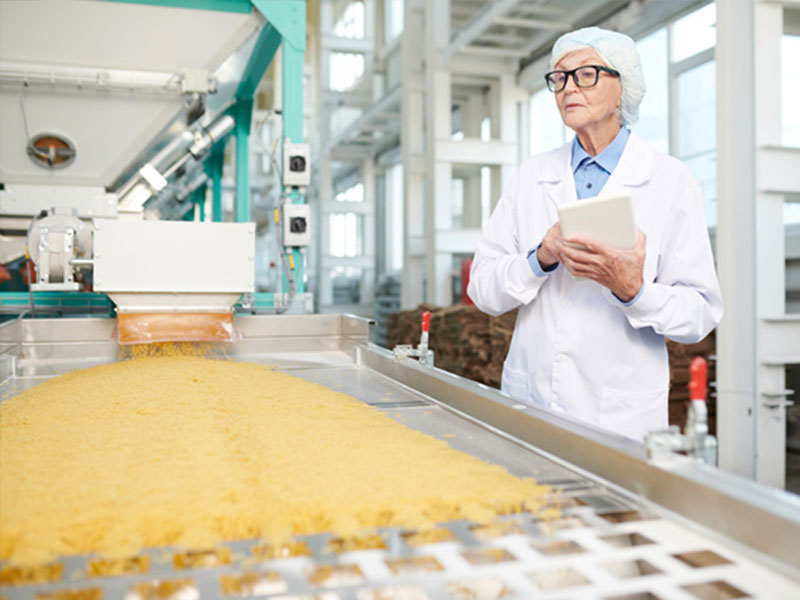 Primeconcept’s most innovative solutions are human-like.

There are certain activities that humans perform every day unknowingly, but the absence of which could impair both their relationship with others and their very existence. Think of when he has to guess the effect he has on his interlocutor through his gestures, expressions, and the tone of the responses he receives. Or when he has to rely on his own interpretation of a series of images (such as road signs) to determine whether the actions they are about to take are constructive or not.

Recognizing and classifying are actions so tied to experience that we often make use of them without realizing it, making use of the exquisitely human faculty of learning and replicating, adapting to the context.

Already machine learning showed the ability to learn new skills through some basic mechanisms. That is: having created a pattern, the system derives a working method from it that allows it to analyze the input data and possibly adapt it to patterns not yet entered. All with little human intervention.

The study and introduction since the 1980s of a system of artificial neural networks has allowed this process, though already elaborate and decidedly revolutionary, to take on more “human-like” connotations of thinking. The machine learns to acquire its data through practice and modify its behavior accordingly, dealing without uncertainty even with unfamiliar situations. An attitude, that of deep learning systems, completely different from the passive attitude of early devices, which were constrained to the application of specific algorithms introduced as needed.

It is easy to assume that a massive help to this evolutionary process has come from the amount of data that has been made accessible through search engines in recent years.

In fact, nowadays it is possible to acquire such a vast wealth of images and audio and video files that allow actions previously unknown to deep learning vision systems, such as recognizing a face through a small amount of detail, or identifying a user’s preferences through his or her searches.

Deep is the learning system, and deep is the neural network that makes it possible, extending beyond the analysis and prediction tasks adopted so far by machine learning. A computer is now capable of rapid and precise analysis of the data it receives, processing differences and similarities between even profoundly different elements without any more astonishment on our part.

The term “deep learning,” an expression of an elaborate and innovative analysis system, finds its meaning precisely in the acquisition process it uses.

When we say “deep learning,” we are in fact referring to the multiplicity of layers through which the obtaining of a datum and, subsequently, the application of the notion to different situations is developed. Each new layer allows artificial intelligence to articulate more of its knowledge and to establish new reactions and connections, generating a potentially unlimited method of learning.

It is simple, then, to recognize in the function of neural networks the same function that the human brain performs when, having acquired a new notion, it initiates a process of recognition and classification that enables it to make use of it later. And just as happens in the human intellect, deep learning vision systems allow for the establishment of hierarchies of meaning and importance, among the acquired data, which respond to constant self-training (self-learning), rather than targeted programming.

The learning autonomy of artificial intelligence has the effect of a higher adaptive capacity than that of humans, as it allows constant restructuring of levels, concurrently with the acquisition of new experiences and perspectives.

We are not so far from reality when, observing the analysis capabilities of a computer, we wonder if it is thinking just what we are thinking.

Multiple applications for one system.

We have repeatedly ascertained the effectiveness of deep learning vision systems in machine vision as a web-based product inspection system. The ability to compare thousands of similar parts provides the basis for accurate, false-positive selection. The food, mechanical, pharmaceutical and, in general, mass production sectors cannot but recognize such a smooth, objective and accurate analysis process as indispensable.

In more recent times these areas of application have been joined by medicine, whose diagnostic and radiological departments inevitably benefit from the wealth brought by deep learning vision systems. It will be enough to think of how much more rapidly a diagnosis can be made by drawing on a computer’s pool of interconnections, rather than the limited pool of humans: previous cases and analogies would be compared and processed at an astonishing rate.

Of course, there are numerous other achievements, such as applying color to black-and-white images, or inserting simultaneous conference translations and text into silent scenes.

Each process, no matter how complex it may initially seem, acquires through the deep learning architecture its own application potential that we would have considered nonexistent when, by resorting to machine learning, we were confronted with the inability of the machine to process thousands of data independently.

Deep learning vision systems as an expression of intelligence. Artificial.

When the deep learning vision system is integrated into an inspection process, we can expect the objectivity of selection free of contamination and false belief. And, consequently, an optimal result stripped of those false positives that negatively affect the final product evaluation.

The application of deep learning to machine vision, for example, allows us to identify

Imperfections, precisely, that would normally escape the eye, detected through deep learning vision systems with a performance accuracy similar to that expected by the human brain. Or perhaps even higher. Indeed, in an objective observation such as that performed by a machine, we expect that no external personal, emotional or physical interference (lack of objectivity, fatigue, superficiality, distraction..) will intervene.

Above all, we expect it to possess the efficiency necessary not to make mistakes. While human fallibility is an exhausted topic of conversation, technological perfection continues to be a staple of industrial evolution. The deep learning vision system applied in industry as an expression of artificial intelligence is what allows us to keep this belief alive and ensure that it continues to surprise us.

Self-learning as a fundamental growth requirement.

What allows our systems to take full advantage of the potential of deep learning is the ability of the system to constantly learn. That is, to form its own experience without the need for external intervention to modify, update and input data.

A deep learning vision system capable of autonomously providing for the augmentation of its own information store is a powerful, flexible and reliable system. And the fields and application possibilities range across sectors of different nature, while keeping the main characteristic unchanged: results, continuous and accurate at all times.

Among the most useful capabilities made accessible by the deep learning vision system include:

The effectiveness of human-machine cooperation manifests itself in the quality of work that is done when human action is accompanied by artificial intelligence supervision. A deep learning architecture applied to an analysis system enables the classification of an unimaginable amount of data and the drastic reduction of error.